Two Koopas for a throne (part 3)

Chompy is the pet Chain Chomp of Iggy.

In part 3, Chompy attacked Bowser Jr. (dressed up as Mario), being the last enemy to start attacking him.

Two Koopas for a throne

In Part 2, he was sleeping. When Bowser Jr., Lemmy, and Iggy begin their adventure, they ride with Chompy out of the airship to Castle Koopa. In Part 3, Ludwig was chained to him. 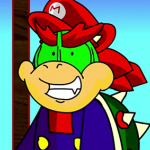 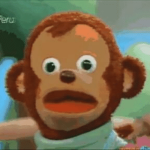