This is the transcript for the First Episode.

(Nerdy and Bowser Jr are at school.)

(Ms. Teachdevil gives them a test.)

Ms. Teachdevil: Students, this is a test that counts on your blah blah... You have ten minutes to finish it before the bomb detonates. GO!

(Bowser Jr looks at the test paper and sweats.)

Nerdy: I'm not giving you the answers! You should have studied instead!

Bowser Jr: Yo give me the answer now, or I will breath flames on you! Understand?!

Nerdy: Well I don't care! Bring it on!

Bowser Jr: Okay! You asked for it!

(Bowser Jr picks up a Shy Guy and uses it as a shield.)

Bowser Jr: Is that the best you can do?!

(Bowser Jr uses his shell to knock the bad breath on Nerdy, burning off his face to reveal his skull.)

(The bell rings and words are shown: TO BE CONTINUED.)

(Tibb is looking at art when Bowser Jr comes by and accidently punches him while talking.)

Bowser Jr: Yo! Tibb! I managed to do the test! Bowser Jr punches him on accident.

Tibb: Oh, don't tell me! You copied from the nerd?

Bowser Jr: I got an F! What the shell?

(Bowser Jr turns red in anger and turns around and gives Ms. Teachdevil an apple.)

(Bowser Jr goes up to Nerdy.)

Bowser Jr: Nerdy, you gave me the wrong answers!

Nerdy: Well I didn't study either!

Bowser Jr: Oh, my dad is gonna be mad!

(The Koopa airship is shown, and Bowser roars and breaths flames on Bowser Jr)

Bowser: This test is horrible! You're grounded! Until I get a life!

Bowser Jr: Ground me?! You can't ground me, I'm your best son!

Bowser Jr: Rrrrr! You know what? I don't care. I'm gonna escape from this airship and live my own life!

Bowser Jr: Yes I can!

Tibb hears the phone and screams, then answers it.)

Tibb: What, did your father ground you for the millionth time?

Bowser Jr: Yeah. Meet me under the airship.

Tibb: Why, you want me to be by your side after you fail for the millionth time to get a new life?

(Hammer Bros. are walking around and words appear: TO BE CONTINUED... ONCE AGAIN)

(Peaceful music is playing while Bowser Jr (dressed as Mario) is spying on some Hammer Bros.)

Bowser Jr: Okay, this is unfitting music. And now, with my Mario costume, no one will recongnize me, and I'm gonna escape easily! Yeah, I'm gonna snag the parachute and get outta here!

(Bowser Jr swips the parachute and laughs evilly, but a Hammer Bro throws a hammer at him)

(Bowser Jr escapes and uses the parachute to fly away safely)

Bowser Jr: And now, I'm landing with my parachute, safely on my destina-

(Bowser Jr sits up and looks around)

(A bunch of fans dressed as Mario are walking and talking.)

(Nerdy walks by and sees Jr)

Nerdy: Hey, there! You must be a new member of the Mario Fan Club. Let me introduce you to the fans. Now, are only rule here is that we all love Mario, and we all hate Bowser, but we especially hate Bowser Jr. He's the one that turned me into a SUKLL!

(Josh brings out a statue of Bowser Jr)

Nerdy: But let's not think about it. Let's just play a good game of throw stuff on the Bowser Jr statue!

(Fans throw stuff at the statue)

Nerdy: Get him! You have done it now, Bowser Jr, prepare for the ultimate devistation of GARLIC POWER!

(Nerdy breaths bad breath on Jr, but he uses his shell to bounce it on Nerdy burning off his skull.) 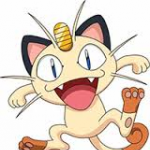 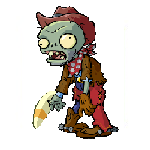